In Dutch there is an old-fashioned habit of adding the letter ‘e’ to words when they refer to women. More than once I’ve had to ask people to stop calling me “psychologe” and instead just use the gender-neutral term “psycholoog”. And I don’t appreciate it when my colleagues refer to me as ‘collegaatje’ either, which means little colleague. This habit of adding ‘tje’ to everything is typically used by women, and It makes everything in their life sound cute and tiny. They’ll have a ‘wijntje’ (little wine) with their ‘vriendinnetje’ (little female friend) and leave their ‘autootje’ (little car) at home. It’s as if their world is a dollhouse.

I believe the way we use language influences how we think about people, and I try my best to be politically correct because I know my words can cause harm. Precise wording matters, we need to use proper terms and stop ourselves from using stereotype-affirming wording. It’s a problem when sex workers are continuously called ‘girls’ or in Dutch even ‘little girls’ (meisjes), because it feeds this widespread feeling that sex workers are fragile kittens in need of our help and rescue. It’s a problem when policy makers call victims of forced prostitution ‘ex-prostitutes’, because ex-prostitutes are not always victims and victims are certainly not always ex-prostitutes. Many victims want to do sex work, and most ex-sex workers simply changed careers. We need to use accurate terms because this carelessness is causing confusion, it feeds stereotypes and creates more discrimination.

I can be a pain in the ass. You really don’t make friends when you’re always nit-picking about these ‘details’, if you’re constantly correcting people (“no, not little girls. Adult sex workers are men and women”) and often, people don’t see why it matters so much. And it doesn’t in every individual case, one person calling a sex worker a little girl harms no one, it’s the structural habit that’s a problem. But I think we can change that one person at a time. So I have these conversations a lot:

Them: Ha ha, HOMO!
Me: I don’t appreciate it when you use homo as an insult.
Them: Oh I didn’t mean it that way it’s just a joke.
Me: It’s not nice for us gay people when that word is used like that, it’s kind of hurtful you know? I know you didn’t mean it that way but I’d appreciate it if you stopped using homo as an insult.
Them: Yeah okay, don’t make a big deal out of it.
Me: Thanks.

But I think we can go too far. Or rather, that we can get confused over what the actual problem is. In some circles, politically correct language has become a goal in itself rather than a tool to reach equality and equal rights. People who are unaware of how language influences everything and use, for example, sexist language are suddenly seen as the problem, the enemy, instead of just a part of a structural problem in how society views (for example) women. Even for someone like me, with a good education and plenty of exposure to gender theories, sex work rights activism, sex positive activism and other subcultures with a lot of emphasis on correct language, it can sometimes feel like you’re walking on eggshells. Or rather, stepping through a mine-field and you never know when the next PC-bomb goes off.

Remember when Dan Savage got hated on because he talked about the problems with the word ‘tranny’ and he shouldn’t have said tranny even when he’s talking about why you shouldn’t say tranny because tranny is hurtful and he should have said t-slur instead? Holy hell, I just wanted to have a big fat wijntje with one of my vriendinnetjes when I read that…

I’ve seen the PC-policing go bad more than once and really agreed with Fredrik deBoer in his essay “I don’t know what to do, you guys“. I’ve backed out of plenty of debates on trans activism and other sensitive topics because it just all got so hostile so very quick, and the hostility was aimed at well-meaning potential allies who had no idea what kind of shit they stirred up when they unknowingly used a slur. It’s different when someone continues to use slurs after they’ve been informed why it’s a problem, then it becomes hate speech. But often, it’s ignorance rather than bad intentions.

Maybe it’s not your responsibility to educate others. But maybe it is your responsibility to not scare every potential ally away, because like careless language, it harms our final goals, which is a world where we are all treated as equals, where we all have the same rights. You don’t have to educate anyone, but don’t stop us from educating others by scaring our allies away. Because that is hurting us.

I like All About That Bass by Meghan Trainor. It’s catchy, it’s easy listening and who doesn’t love all the right junk in all the right places? But I understand the feminist critique that the whole “fat is okay because boys like fat” is kind of bullshit and an entire song about how boys prefer more booty seems somewhat sad. I care about my appearance but come on, my body is not just something that should be pleasing to boys.

But we have our own Dutch “fat is fine” song which I think is way cooler. Six years ago Esther Groenenberg sang “oh meisje” and here’s the translated lyrics: 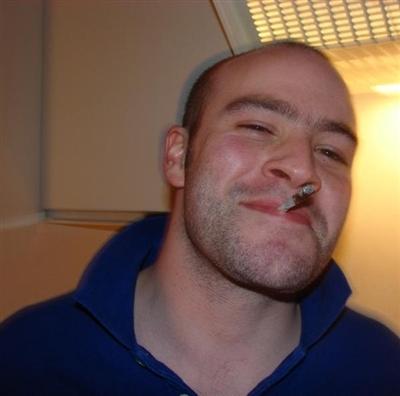 Drug policy in the Netherlands designed to require criminal activity. Although the sale of soft drugs in ‘coffee shops’ is allowed, every activity necessary to run a coffee shop is prohibited ánd prosecuted. Production of cannabis is illegal. Large-scale dealing is illegal, and possession of more that 500 grams of cannabis is illegal which is an insanely small stock for a successful coffee shop. In practice this means coffee shops are required to buy from criminals, have to constantly stock their supplies throughout the day so the never have more that 500 grams and must have illegal storage locations. Still, some coffee shops manage to run a relatively clean business.

The Grass Company is a chain coffee shop with establishments in Den Bosch en Tilburg. They provide a welcome atmosphere, excellent mocktails, decent food and they sell cannabis. They maintain a good relationship with the city and police, and were honest about

the location of their storage locations. As in, they literally shared the location with the city and police. It’s the kind of business you want in your town, they have a professional attitude, look like a hip bar. Anyway, a couple of years ago the cops raided their storage location, which by definition (and as police were told by Grass Company themselves) stored more than 500 gram, and then arrested the staff. Absolutely disgusting. Grass Company closed for a while out of protest, but then opened again. I figured they’d worked something out.

I cycle past their Den Bosch location every day, and a couple of days ago I noticed they’d closed and had some legal warning on the window. Weird. I work in Tilburg so I stopped by that location the same evening.

“What on earth happened here?”
“Yeah, we have nothing in stock, sorry. The police raided us so now we have nothing.”
“You’re joking. They raided you guys?”
“Yup. Took everything. They couldn’t find anything wrong so we’re still open.”
“I can’t believe they would raid your company..”
“Third time in three years.”
“That’s ridiculous”

Want to know the charges?

Selling of cannabis. I’m not even kidding here, Money laundering. Corruption. Oh and they had more than 500 grams in one of their location. Grass Company is being punished for the consequences of politicians’ stupid laws that force them to work with criminals. The glaring resemblance between the war on sex and the war on drugs is often noticed, and we see it here again. “You can sell sex but you can’t buy sex or advertise for sex or work at any location or anywhere a child might ever be or ever was but you can sell sex sure!”, “You can sell cannabis but you can’t produce it or store it or buy it from producers or give money to producers or get your cannabis anywhere ever but you can have a coffee shop sure!”.

So, if you were wondering, this is how you drive legitimate businesses into the ground and help organised crime flourish. Yay!